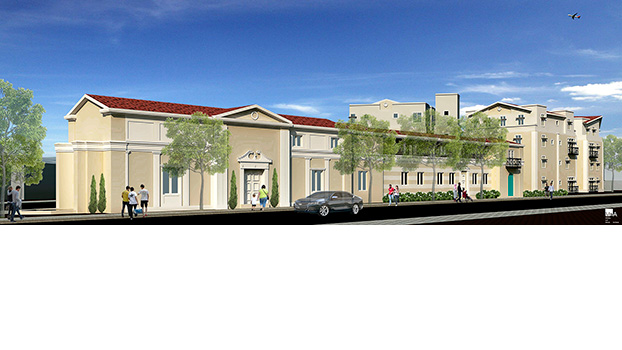 April 22, 2017 marked the ground-breaking for a rehabilitation and adaptive re-use project at the Angelus Funeral Home, designed in 1934 by Paul R. Williams. The former mortuary, now listed in the National Register of Historic Places, was one of the most successful African American-owned businesses in Los Angeles. After the original business moved to another location in the 1960s, the Angelus Funeral Home was left vacant and suffered from neglect. The visionary adaptive reuse of the building is being undertaken by Hollywood Community Housing Corporation (HCHC) and will include seven affordable housing units and resident amenities in the historic building, and new construction with an additional 34 units of affordable housing. HRG provided guidance during the design process to ensure compliance with the Secretary of the Interior’s Standards for Rehabilitation, enabling the project to qualify for Federal Rehabilitation Tax Credits. HRG will continue to monitor the progress throughout the construction phase.

HRG served as the preservation consultant for several projects that were honored by the Los Angeles Conservancy at the 2017 Preservation Awards held May 3 at the Millennium Biltmore Hotel.

The Cultural Landscape Report and Treatment Plan for the Los Angeles County Arboretum & Botanic Garden won the Royce Neuschatz Award for Historic Landscapes. The Los Angeles County Arboretum & Botanic Garden is a 127-acre public garden and historic site in Arcadia. HRG worked closely with Arboretum staff and the project team to complete a comprehensive report that documents the significant historic landscape features and the buildings, clarifies the site’s development history and changes over time, and provides detailed treatment recommendations for the site’s wide range of significant resources. With this information, County administrators are now well-equipped to maintain, protect, and adapt the Arboretum’s diverse resources moving forward.

SurveyLA: The Los Angeles Historic Resources Survey was awarded this year’s Chairman’s Award. SurveyLA is the first citywide historic resources survey undertaken by the City of Los Angeles, and the largest and most comprehensive survey ever completed by an American city. Starting with pilot surveys in 2009, the survey took eight years to complete, including the development of a comprehensive historic context statement and the documentation of historic resources in every area of the city. The survey was funded by the Getty Research Institute and directed by the City of Los Angeles’ Office of Historic Resources. HRG was proud to be one of the consulting firms to participate in each phase of this groundbreaking project.

Image: SurveyLA participants celebrate at the completion of this ground-breaking project at Clifton’s Tiki Bar.

The Rehabilitation of CBS Columbia Square in Hollywood was recognized with a project award. CBS Columbia Square opened in 1937 as the West Coast headquarters of Columbia Broadcasting. The complex’s striking International Style design symbolized the technical innovation and modernity of the broadcast industry during radio’s golden age. The recent rehabilitation project undertaken by Kilroy Realty removed a series of inappropriate alterations and returned the only West Coast design of pioneering modernist architect William Lescaze to its original appearance, while making a major contribution to the ongoing revitalization of Sunset Boulevard in Hollywood. HRG was the preservation consultant for the project, beginning with the environmental review and entitlement process, and continuing through construction monitoring to completion of the project. 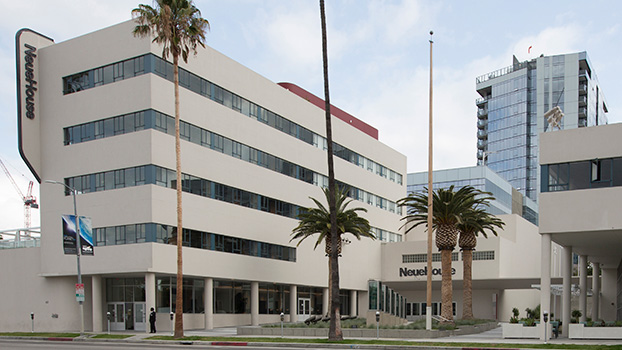 The Preservation Resource Center at the Shotgun House in Santa Monica received a project award. Owned by the City of Santa Monica, this modest wood-frame building, believed to be the last remaining shotgun house in Santa Monica, was saved from demolition, relocated, and thoughtfully adapted for new use as a Preservation Resource Center operated by the Santa Monica Conservancy. HRG assisted Conservancy volunteers and architect Mario Fonda-Bonardi in identifying historic materials and features, approaches to conserving significant materials and features, and compatible design of adaptations for reuse. 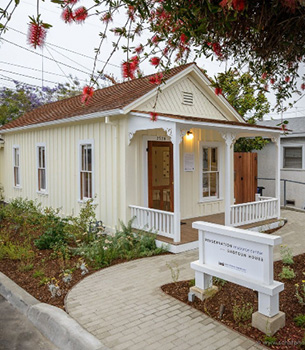 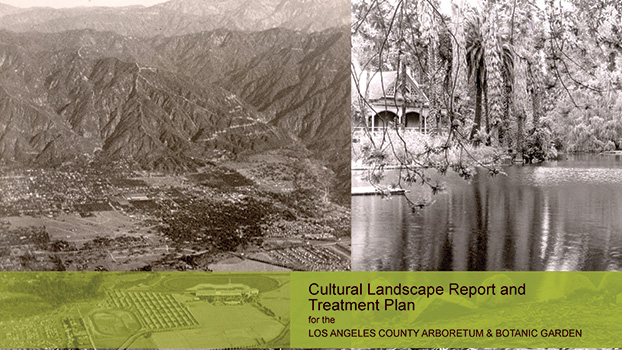 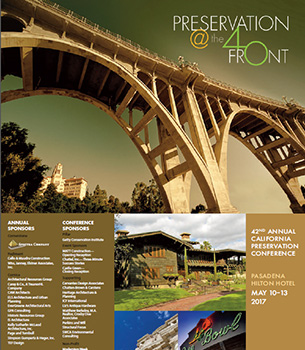 This year’s CPF conference takes place in HRG’s hometown of Pasadena. Four days of tours, educational sessions, special events, and sharing ideas will happen May 10-13 at the Pasadena Hilton Hotel. The conference celebrates the 40th anniversary of CPF and co-sponsor Pasadena Heritage, and explores innovative historic preservation practices by examining the region’s rich legacy of preserving and maintaining historic resources. Explore iconic historic places in tours, mobile workshops, and engaging conference sessions, several of which are being presented by HRG staff. We hope to see you there!

To all of you from all of us at HRG, we wish you a warm, wonderful holiday season filled with friends and family, happy moments, observing old traditions and building new ones. Above all, we wish you the peace and serenity of the season. Here’s to good health and prosperity in 2017! 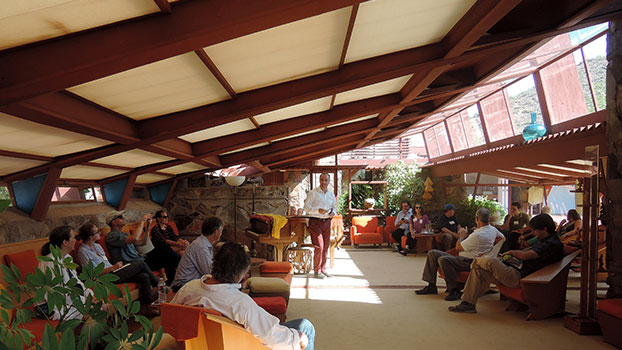 Taliesin West will host the fourth AIA Preservation Colloquium from February 12-14, 2017. HRG Principal Architect Peyton Hall, FAIA, initiated this gathering of historic architects and members of other interested disciplines in 2013, and has continued as an organizer and participant each year.

The topic is “A New Paradigm for Architecture: The Convergence of Preservation, Environment, and Design.”  Architects are increasingly tasked with repurposing existing buildings of all types and ages for new uses. Current practice blurs the lines between design, resource conservation, and heritage conservation to extend the life of buildings by adapting them to new uses. Colloquium activities will include thought-provoking case studies and in-depth discussions of the architect’s role in shaping the use and reuse of existing buildings and their impact in an urban and community context.

Please join these distinguished panelists at a National Historic Landmark in the desert! For more information, visit: https://network.aia.org/historicresourcescommittee/home/taliesin.

Image: Session at the 2015 AIA Colloquium at Taliesin West.